Image Assessment warnings are the colored hexagons that show up on your image thumbnails (previously called distill). They give you guidance based on relative differences between images in a scene – they are not an objective rating of a single image. 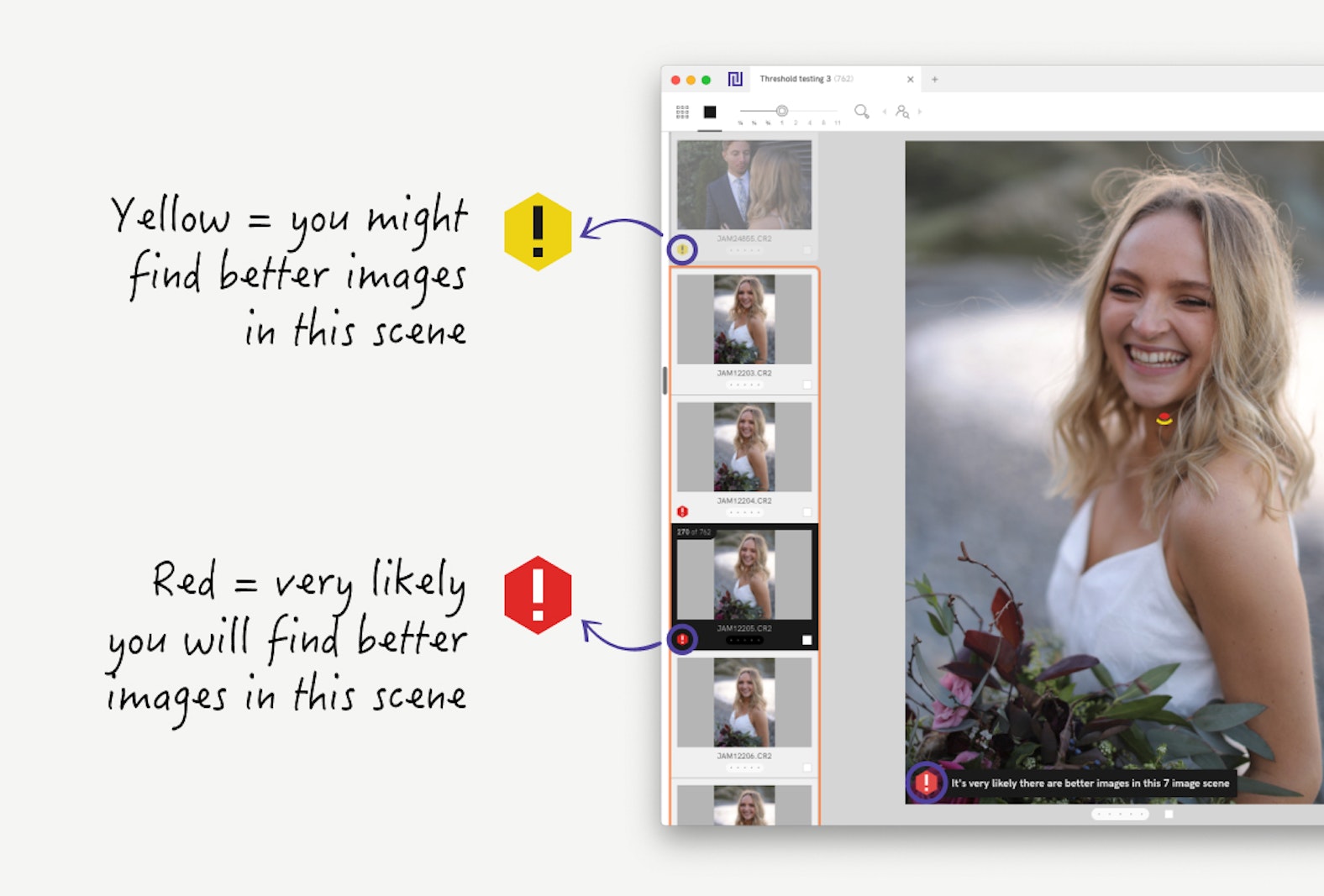 Hover over them for an explanation, and a neat highlight that shows the scene they relate to.

To filter your images by Image Assessments, click on the icons as shown below:

A few notes on Image Assessments. The reason why an image was or wasn't given a warning is based on the context of all the images that scene, not just if one or more of the subjects are blinking or out of focus. For example, some images with warnings may not actually be objectively bad if viewed on their own – but we give them a warning because we believe that there are better similar images in the scene. And on the flip side, some images that are objectively bad may not get a warning because they are in a scene with images of very similar quality.

Articles in this section